You are here: Home / Biography

Named Olav Alexander Dirkmaat (born January 28, 1988), I was born in Almere, the Netherlands. I earned my first ƒ 1.000,- at age 12 during the peak of the dotcom boom. I was always fascinated by the world of investing, such that I bought my first stock at age 16. I am a devout student of value investing, economic cycles, and asset bubbles. Besides investing and economics, health has become a key area in my life. I consider myself a biohacker — a person that consciously optimizes his own “biology” through a myriad of methods — as well as a staunch advocate and devotee of personal development.

The World of Investing: a Big, Three-dimensional Puzzle 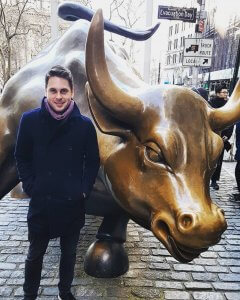 Investing involves understanding a big, three-dimensional puzzle that is always changing. A puzzle that already fascinated me as a little boy, witnessing the apparent erratic behavior of stock ticker symbols on the major television channels. What drives changes in asset prices? After buying my first share, I embarked upon a quest for knowledge. Inspired by investors such as Jim Rogers, Seth Klarman, Warren Buffett, Mark Spitznagel, and many others, I continuously refine my own investment philosophy. As Tony Robbins once remarked: “The way to expand our lives is to model the lives of those people who are already succeeding.” That was precisely what I did.

Investing is my greatest passion. Everything I do is one way or another in function of becoming an outstanding investor. My interest in economics and business cycles is a practical means in my top-down investment philosophy, which helps me to pick the right asset class in the right place on the right time. Travelling improves my ability to view markets from a cultural viewpoint and my sharpness in seizing opportunities. Furthermore, I learned in my marketing studies what encompasses a competitive advantage, the underlying catalyst of increases in long-term stock prices for companies.

While developing an important habit of buying and reading books, I once ordered a book by C.K. Prahalad, named The Future of Competition. When the book finally arrived, it had no book cover. I kindly returned the book and ordered it again from a different retailer, again receiving it without any book cover. The fourth and last time, I decided to order the book through Amazon.com. The book, however, still came without book cover. I gave up and started reading the book. Midway, I discovered a small note on the inside: “Cash Flow 101,” it said. I found out that it referred to an educational game by Robert Kiyosaki. Whilst reading one of Kiyosaki’s many books, I encountered references to a few economics books and became interested.

I discovered economics thinkers such as Henry Hazlitt and Ludwig von Mises. I read Mises’ Human Action, an important economic treatise. I found out that Ludwig von Mises and, later, Friedrich Hayek had elaborated a theory of the business cycle, which came surprisingly close to explaining the recession in 2008. It was then that I saw an enormous opportunity in the application of this theory to investing. As a result, I decided to move to Spain to learn more about recessions and asset bubbles and to, consequently, become a better investor.

In December 2008, I decided to move to Argentina for an internship and to explore the world. I worked and lived for over half a year in Buenos Aires, which was a life-changing experience. Afterwards, I traveled to the south of Argentina and later Brazil. In 2009 I came back to Latin America, making a two-month trip through Brazil to see more of the largest country of South America. Later, he went on to live in Spain and made several long trips to countries such as Venezuela and Colombia. 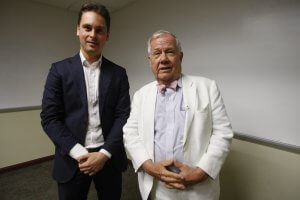 Having lived in the Netherlands, Argentina, Spain and later Guatemala, I learned the importance of intercultural awareness early on in my life. Experiencing different cultures evoked my immense passion for travelling. I now have the ambitious goal to visit every country in the world during my life and to become an adventure capitalist, also the title of a book by one of my inspirations, Jim Rogers. I enjoy combining my trips with trading, investing, and economic analysis.

Political Views and the Limits of Knowledge

My political philosophy is heavily influenced by Friedrich Hayek. I believe that social institutions are an unintentional product of human action, rather than the result of deliberate and rational human design. Our world is characterized by a continuous social evolution in which — through a process of trial-and-error — effective behavior survives and defective behavior dies out. Sadly, we currently live in an era of extreme rationalism, with science and government (and economists) trying to impose their supposedly perfect models on society. 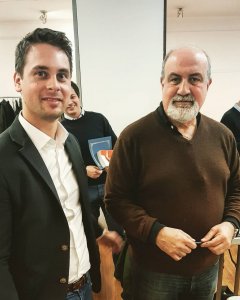 In its core, economics is an empirical science with theories deducted from assumptions or premises that must be as realistic as possible. It is a social science, but with very strict limits to its domain. I am highly sympathetic to the idea of skeptical empiricism, as presented by Nassim Taleb. A very important subject is the study of our limits of knowledge, a study not very popular among scholars. Disconfirming a theory is, perhaps, more important than confirming a theory.

I consider myself a (classical) liberal and believe in little government intervention and in delegating tasks to the smallest possible (political) unit, mostly because the market is a means to, through trial and error, satisfy the demands of the consumers — both latent and apparent — in the best possible way (consumer sovereignty).